The theme for this competition is: Artillery. This could be any sort of artillery model for any official army in the Ninth Age, including those referenced in the official fluff but that do not have an official Army Book yet (eg : Tsuandan, Avras, Koghi Empire, etc.). Be it a catapult, bolt thrower or cannon.


Since ancient times, artillery has menaced both defenders of fortifications and soldiers in the field alike, for the ingenuity of sentient races know but few limits when it come to inventing better tools for killing each other. Walls manned by vigilant warriors lost much of their treasured impregnability when mortals deviced warmachines to clear the battlements from afar and breach the fortifications with unrelenting bombardment. Giant creatures throwing rocks were the predecessors of torsion artillery, which has been succeeded in many parts of the world by blackpowder artillery.


Many a would-be conqueror have seen his hosts massacred by artillery barrages, and many terrifying monsters have been felled by humble contraptions of wood, bone or metal, powered by granular black powder or tense ropes of hair, sinews or cattle phalli. It was once said, that the hallmark of savages are their cunning, restlessness and martial ferocity, while the hallmark of civilized peoples are their buildings, writing and artillery. The technical expertise needed to construct, maintain and operate these engines of war is highly prized the world over, and by the Ninth Age, artillery is becoming more dominant than ever on the battlefield.


And so projectiles punch bloody valleys through ranks of warriors and the hearts of monsters alike, while those suffering the miseries of siege find their homes and loved ones rent asunder by fire and stone, as enemy engineers toil to shatter their hideouts. Nowhere is truly safe from the reach of the gods of war, for mortals will device ever more clever ways to destroy each other, in an orchestra of neverending wars. It is a great and terrible music that is thus played out, set to the booms of heavy artillery, and to the staccato of light, with the choir being the screams of the maimed and dying...


If you are unsure if your entry will fit the subject matter, then please contact Karak Norn Clansman and he'll sort it out with you and the staff.

Send a PM with pictures to KNC to enter competition

How To Send PM


The gold winner will get a store coupon of [SUM TO BE REVEALED] at Warcolours shop, courtesy of @warcolours!

While the silver winner will receive £10 store credit from Mierce Miniatures:

And the bronze winner will receive a mystery prize from Knightmare Games, to be revealed: 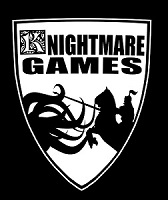 While one random entrant will win a 15mm kit of 4 whitemetal Tjubling Skull Masks from Admiralty Miniatures, sculpted by Tobias "Tjub" Torstensson:

Should you wish to donate a prize to this or future contests, please PM Henrypmiller.


The deadline for the submission of entries is the 29th of April 2019.


Rules of the Competition


Each member may only enter once.


Model and paint one artillery model with crew of any sort! Artillery such as spitting or defecating Daemons are allowed, as are cannoncarried by a Giant or Ogre. No crossovers with very different settings are allowed.


Base the artillery however you like: We will neither object to round or hexagonal bases, nor to square bases of incorrect measurement for T9A wargame, nor to gluing the artillery to a piece of scenery for visual effect. You are likewise free to put your artillery on a display base or plinth.


Only the artillery model with crew and equipment should feature in your entry's photograph(s). Do not include unrelated miniatures on other bases or loose scenery. Related models, such as an enemy impaled by a bolt thrower's projectile, are of course welcome!


Shoot your entry against a bland background, preferably white, grey or black. Do not include artful background images.


Submissions can include 1-4 picture files to display the entry from various angles.


You may not submit pictures of a miniature paintjob that have been entered into other online competitions or posted in a finishedstate before.


Don't post your entries in the forum or somewhere else before the contest is over.


By entering this contest, you are granting us a world wide irrevocable license to use the pictures of your painted miniature in connection with the T9A project (such as for announcing winning entries in the Ninth Scroll).


No text, logo or big watermarks may be overlaid on the picture/s of the entry.


What are these contests?

The Golden Swords are competitions where anyone registered at T9A can enter with painted miniatures.

The competitions are always announced on the front page, blog and hosted in General Discussion. Contests may be covered by the Ninth Scroll as well. We officially announce the contest, with a deadline. After this has closed forum software will generate an automated voting session post in the forum thread, and likewise said software will generate a results post.


What can I enter?

Painted miniature/s. Each contest will have a specific theme. An entry that bears absolutely no relation to the theme (unless it is called an ‘open contest’) will not be allowed. An entered miniature paintjob has to be by the entrant him/herself.

No text, other than what is painted on the entry itself. No overlaid words of explanation or written titles, please.


When can I enter?

The deadline will always be clear in the announcement thread. It is always based on Eastern Standard Time. So regardless of where in the world you are you need to look up how far ahead or behind this time you are to make sure you get your entry in on time.

No entry regardless of how cool will be allowed to enter after the deadline. There are no exceptions. If someone has made a valid attempt to enter before the deadline but have had technical issues (such as gallery not accepting upload and notifying contest organizer about it before deadline), they will normally be allowed.

By sending a private message with your images to the contest organizer.


What happens after I have entered?

The personal messages all sit in the contest organizer's inbox until after the deadline has passed. After this time he will look through them all and start to save all the entries to his computer. If you need to do something specific, like saying which photos you want to be used, the organizer will send you a pm. It is expected that people will answer any and all questions about their entry (and do what is required) within 48 hours of the competition closing. If they don’t, perhaps because they have not logged in since, the organizer will either make a decision himself or potentially disallow the entry.

Once we have all the entries, the contest organizer will do some editing to make them look pretty for the site, and to make sure they all have a similar formatting to make things fair.

The staff member will then make a post or a new thread with all the entries and request people to start voting. After the voting has closed the staff will collate all the votes into a spreadsheet to find the total votes for each entry. Finally we announce the winners, the voting key and hand out prizes, if we have any.

The voting will be done by PM to the contest organizer.

The competition is supposed to be anonymous (within the limits of the contest software), so please do not post pictures of your entry online until after the voting has ended. Do not start a WIP blog of your entry as you make it, we may not allow it to be entered.

If you have just finished a model that is ideal for the competition, but have already posted it in the forum just ask one of the staff if it is ok to enter it still. Preferably people will not say which entry is theirs until voting is over, but this is not 'rule breaking'.

Why doesn’t T9A have a judging panel?
T9A is a community for the many, not for the few. Because of this, we think it is vital that the community decide what entries are best by a majority vote and it’s not done subjectively by a small panel of people (who cannot obviously have entered themselves).

Why doesn’t T9A have multiple categories depending on skill?
This is more work than it’s worth. Having a category that only one person wanted to enter would be stupid and people would resent being moved into that category if they knew they would lose. At the end of the day even a master painted can only submit one entry, leaving all the other places up for grabs.

I never seem to win.
Not a question as such… We may not all be great painters and modellers, but the taking part is what counts and not only do you get to improve your skills but you also get your own finished miniature at the end of it. You may eventually get a random draw prize for your troubles. So all the effort is not wasted and it can be all you need to motivate you to get painting or converting!


Unlock full membership by posting twice on the forum. Submit your entry by uploading 1-4 image files to an image hosting site such as Imgur, and then submit the images in a PM to the contest organizer. You may contact him to instead have your file sent via E-mail, should some transfer trouble occur with your upload. Please do not send an e-mail to any of the admin or staff accounts as this is a surefire way to have your entry missed.

Send a PM with pictures to KNC to enter competition

How To Send PM

How will this be judged?


By the due date the entries will be compiled manually and a voting post or voting thread will be launched as soon as possible. All T9A users can then vote for their favourite entries.

(Link to the forum for more discussion).
Golden Sword II