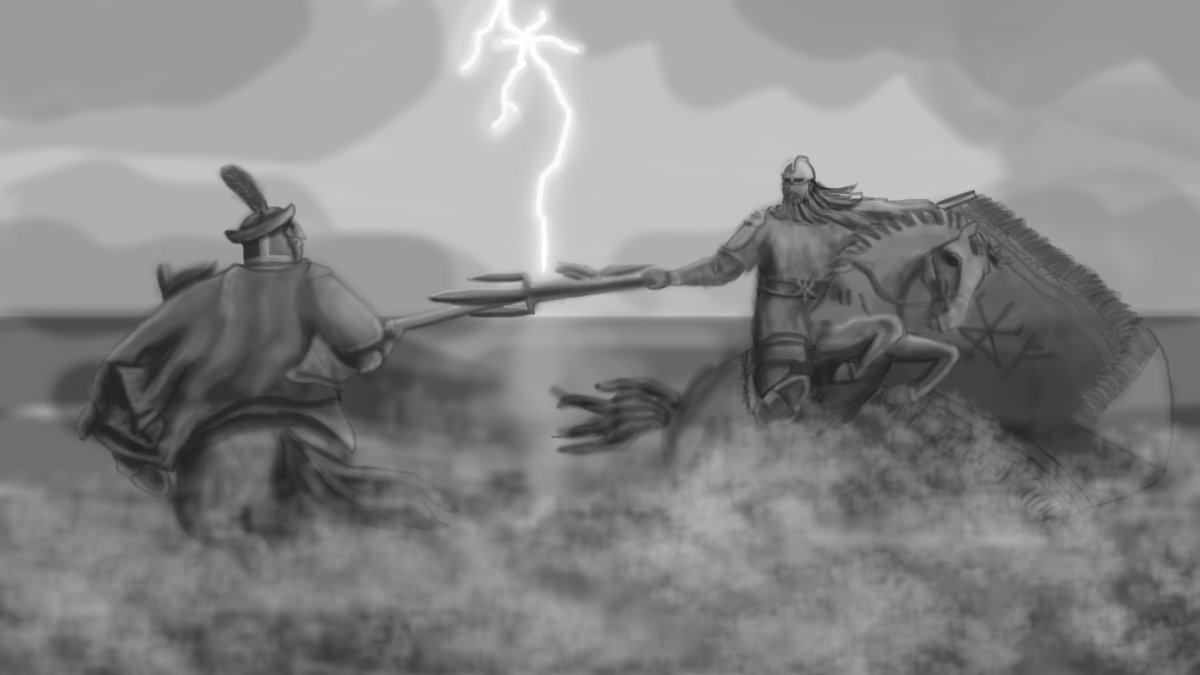 I wanted to really focus on the versus aspect, hence the clashing and then lightning in the middle. The Chosen Lord wielding a Trident and a banner of his Dark God isn't exactly the centerpiece but definitely the more detailed and ambitious character in the drawing and has a decent amount of characteristic to him whereas the Knight Commander... well, he's there but has to take a supporting part.

I would have liked to improve this further... I'm not entirely happy with it, the horse should probably be larger in comparison to the lord but... I dunno, right now I think it stands as a decent "polished sketch" which is a level of completion that I'm happy with. I've also never done a black and white picture before so that was fun, I really had to put effort on the lighting.

The dust at the bottom of the screen looks cool and gives the image a more realistic and dynamic look to it, and it also covers up the fact that I can't draw horse legs for ****