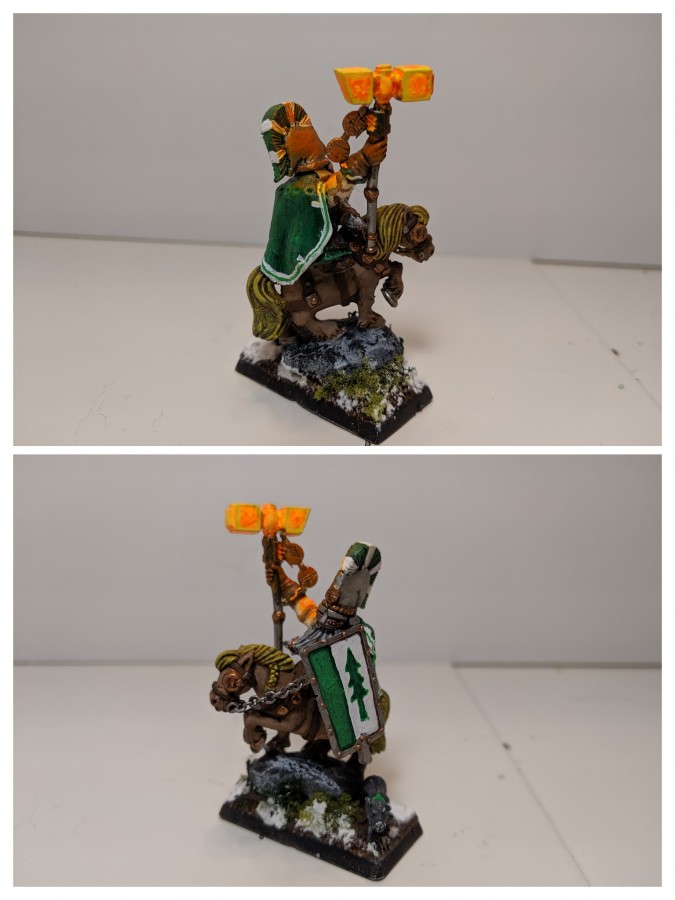 As a leading member of Clan Treacwood’s rangers guild, Joar Thorlindur is a respected and accomplished traveler, scout, and warrior. As a beardling, Joar spent most of his growing years patrolling the peaks and valleys of the Maidens to protect and solidify the Treacfort’s power in the region. Every chance he found to move beyond his patrol boundaries to explore the outer regions of the clan’s territory he took to satisfy his wanderlust and curiosity. Joar had a natural gift with animals and as he became increasingly skilled in husbandry he earned important clan responsibilities. During a period of time Joar was solely responsible for the development of the clan’s most sturdy herds of mountain ponies. Despite his respected name and skills Joar Thorlindur is as introverted as a dwarf greybeard can be. With his life full of long patrols and honed skills with animals Joar grew comfortable away from others and grumbles at the thought of arguing with other dwarves rather than spending the day out in the wilderness drinking ale with his animal companions. Unsurprisingly, he is nigh seen without his closest comrades Brewski; his favorite steed, and Bowowski; his tenacious squirrel-hound. The three of them regularly wander back and forth among the Maidens doing their duty while avoiding all unnecessary contact with the more sociable dwarves.

Like many of his brothers and sisters in the rangers guild, Joar dedicated his professional life to the care for the regionally-famous Thunder Pines. His commitment to the conservation and responsible harvesting of the tall copper-colored trees made him a reliable, albeit unsociable, dwarf of the clan and was a large part in his newest responsibility of leading Clan Treachwood’s small army in the siege of Avras. The clan elders were confident that Joar Thorlindur’s careful mind would lead the largely ranger-supported force to victory even with their legitimate concerns about his inspirational qualities as a general. Regardless, Joar’s understanding and commitment to Clan Treacwood’s valuable resources made him qualified to stake the clan’s economic power in the timeless city. Even with his cranky demeanor and unappreciated odor of musty animal hides, Joar plans to confirm future economic considerations with the men of Sonnstahl, secure the exotic-timber market, and to introduce Avras to the marvel and beauty that comes from the Treacfort’s natural resources.