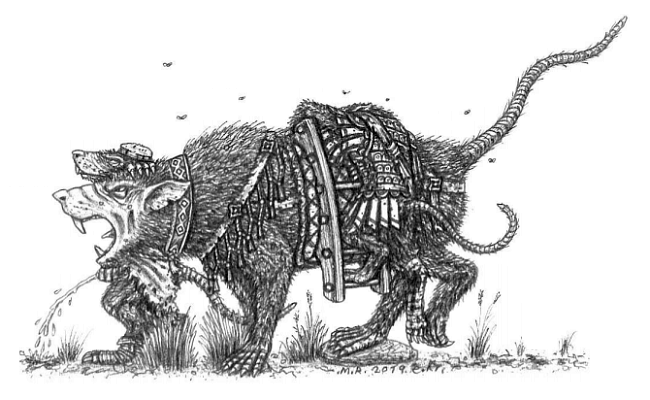 Preamble: The ancient Roman army is well renowned for its professionalism and organization, which included milites medici, that is field surgeons and medical staff. These medical services ensured that Legionnaires sported an average longer lifespan than most people in the classical empire, with most Legionnaires surviving their long service to settle down in veteran colonies.

Although horribly battered by plagues, invasions, depopulation, loss of provinces and constant war on multiple fronts, the mediaeval Roman (Byzantine) civilization still carried this torch of professionalism, its flame diminished but unquenched. The Romans alone trained their armies professionally in an age when all of its foes depended on a core of warrior nobles and levies (or a steady stream of religious fanatics come to attack infidels; see Cilicia), and as such the Byzantines were capable of a far wider repertoire of practiced military maneuvers than any of its enemies were. The ancient Roman practice of constructing marching camps was likewise kept up, albeit not to the old high standards and not as frequently; as was the imperial riding courier system with its stables and remounts; as well as the new institution of warning beacons atop mountain tops capable of warning Constantinople of enemy raiders at the border in record time.

One such streak of ancient Roman professionalism which survived the decline and ravages of the Dark Ages was its field surgeon and military medicine. Indeed the Byzantines further developed this classical heritage by pioneering hospitals, and we know that their armies included deputatoi, that is paramedics whose duty it was to take wounded soldiers back to the field surgeons rapidly. I once stumbled across an intriguing mention that at least some deputatoi sported horses with a ladder hanging down one flank, for the injured to grab hold of as he was rushed back to camp from the battlefield.

Which takes us to this proposal for the Ratmen of fallen Avras, of no interest for army lists but for background stories:

The Vermin Tyrants would seem to be callous about spending their teeming manpower given its high rate of renewal, yet in fact a common medical institution exist among the Vermin Swarm of Vetia which tend to dampen the very worst die-off from attrition and battle. Highly trained specialists such as Rakachit Machinists and professional soldiers such as Vermin Guards are given the highest priority by the Medical Deputies who retrieve wounded warriors from the field, with lesser Vermin often left to die or to be eaten by their hungry kin when casualties are overwhelming. Part of the camp followers but much more prestigious than porters, Medical Deputies can be seen tugging along abominable rats almost the size of cattle. These beasts sport a harness with a short ladder to which wounded can cling (or be bound)), as the Deputy runs alongside his pack animal at high speed. In this fashion Medical Deputies transport wounded from the battlefield to the camp surgeons, thus saving many Vermin lives by their swift actions.

Yet sinister rumours claim that many wounded rat warriors who are written off as dying en route back to camp, or while being administered medical treatment, are in fact smuggled out to shady meatsnatchers. Some claim that corrupt Medical Deputies sell off their wounded on the side, while others claim that both doctors and runners are in on the clandestine action. Whatever the exact nature of this trade in injured bodies, the main suspects as to buyers are those flesh-wreaking freaks who will balk at nothing to acquire living matter for their next insane experiment. It is much safer for the Medical Deputies to sell off wounded Slaves, Rats at Arms and similar low-priority personnel, than to snitch more high-ranking Vermin. Yet even so, greed and daring sometimes combine to see a respectable Rat finding himself shackled on the madman's table, or in his breeding pens...