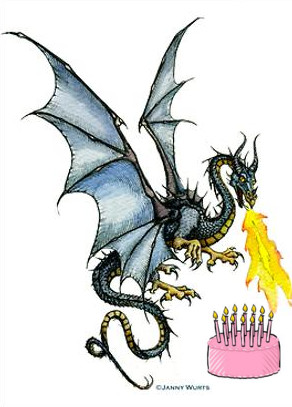 We would have liked to celebrate this birthday without mentioning the pandemic, but this year proved to be a literal Age of Plague. A difficult year globally, with the second and third wave of the virus hitting the whole world hard and defining a new normal we're hopefully about to leave.

In such a difficult year, our hobby proved to be a refuge to help people manage the psychological stress of curfews and lockdowns. The project and the community reacted admirably, with the help of new digital instruments that kept players in contact globally (not only the forum, but also Universal Battle, Warhall, TableTopSimulator.

There have been tensions, positivity, negativity, but after all, despite any issues, T9A proved to be a real, global, inclusive community: friendships have been forged, new projects have been launched, thousands of hours have been spent by the team and all of you in our hobby, strengthening it and demonstrating we're not only still here: we are here to stay, as a hobby, as a project, as a community.

Another year has passed, and we not only produced new releases, we also started to look more and more into the future. We have been assessing the state of the project and of the community, brainstorming ideas, monitoring all suggestions, selecting new staff members, and we even registered new users and new players.

So, get ready to review this year, and prepare for the exciting new one!

This year has seen Infernal Dwarves going BETA and the new, shiny instruments of war for Dread Elves and Vermin Swarm released. Kingdom of Equitaine and Saurian Ancients LABs creation has started, with the first being now in the Mechanical phase and the second beginning operations after finalizing the guidelines.

The team started reinforcing the identity of T9A background and setting, releasing the brand new products known as "Background Supplements", first one being DE: Beauty and Terror, with the KoE one soon following and then SA and VS. The long awaited Background Compendium entered pre-production and we hope to release it as soon as possible.

We also released as usual the annual balance patch, and the brand new Map Pack 2021 which saw an extensive use of community inputs.

The Giant Supplement entered BETA, and the new Hobgoblin Supplement hit hard, introducing new insights into T9A world. And more of these are incoming!

Essence of War has seen its new form and will prove to be an important instrument to support new community members. And last but not least, the new 9th Scroll just hit a few days ago along with the other issues released throughout the year.

We're constantly reviewing our production and support process, constantly assessing bottlenecks, present and future (potential issues). We're constantly understaffed (please visit our vacancies/application pages!), nonetheless we're reaching the intended production speed, and the management is now undergoing brainstorming for the future: we're now on solid ground, we're here to stay and thus it's really time to gaze into the water, with some divination spell, and address the future of us all.

Layout, Scroll and PR teams have been updated/upgraded.

The LAB creation process is constantly under review, updated according to the situation and arising issues.

We released a new patch for the House Rules, so if you're staff, please take a look at them!

Despite the pandemic, the competitive scene proved to be alive and kicking, with dozens of tournaments online, even big and international ones, and a new ETC coming in August in Novi Sad.

The Cravenland campaign was launched, while on the Legendary Army Books side, we launched the experiment of models to be published in them. Dozens of hobby topics have been opened, and the Homebrew section... well we don't want to tell, just take a look at that section, which is WONDERFUL.

The turning of a year is both an end and a beginning. It has been a difficult one, but we're happy - as staff - to have the chance every day to give some of our time to such a global creature which made things easier for us, in such a difficult time.

Which is also why we're deeply thankful toward every member of the staff, past and present: this is your creation, and all of you are important to it.

But it's the time to thank the community, too: for the support and for the criticism, for the positivity and the negativity, for the hobby and for the games. After all, we are all here for the very same reason: The 9th Age.

Cheers!
On behalf of the Executive Board.
No comments available