We are very happy to release todays big update to the Warriors of the Dark Gods!
While we talked about the changers earlier (see post here) for the updated Warriors of the Dark Gods release, we want to give you these “patch notes” today accompanying the release itself. You can find the link to the download of the new book at the end of today’s news post, but first, some more explanations about the changes. 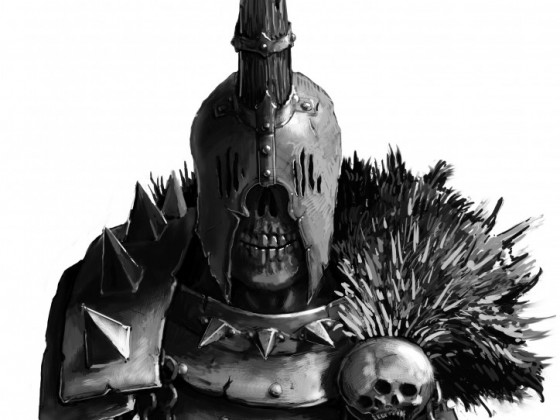 Since we split from Daemons we were allowed to make Favors more unique and fitting to army. All but one favor was changed, but we left Pride to have a benchmark from previous version. Most of them are obvious to what they want to achieve. We have noted what role we wanted to emphasize.

Envy – charge and flank
Focus on mobility. Very difficult to find the right power balance for devastating charge. We judged that +1 AP was fitting.

Gluttony – strong in big units – strong against chaff
A long time, we considered ways to make this a power, that raised hit points. But it was almost impossible to balance. Most importantly, we wanted the favor to provide some flavor in the grinding department. We feel this have been done now. Place these guys at the front and let the opponent chaff them… they don’t mind. More to eat! Add a spiked shield, salt and pepper and they should be able to supply themselves.

Greed - versatility
Weapon master had been a big wish from many players in our community. The Lord can add some extra bling to his collection, and he can now become a beast – although not a cheap one. Greed flavor should be obvious.

Lust - avoidance
We couldn’t fix the general rule to make everything able to flee. It would be too powerful, or we would need to take away some of the army defining rules.. but we are stubborn in this regard, and wanted to do our best to make the whole concept work. Instead we have added the flee option for lust. With the added benefit of feigned flight, strider and cold blooded on rally roles. No half measures here!

Pride – leadership independence
Most popular mark currently. It fits our T9A fluff. Why fix something that isn’t broken?

Sloth - grinding
Was a bit too passive in th eyes of the community. We added some mobility to the favor and made the power a bit less powerful. Pretty simple fix, with more or less the same flavor.

Wrath - glasscannon
Pure glass cannon. With +1 agi and lightning reflexes, these fellas rival the fastest of fastest troops out there. Slaughter is guaranteed. We wanted this to be ultra-offensive, so to give it enough oomph, we had to add a downside. This is typically hated, but we hope you will like the flavor. We promise blood!

Favors on warriors and knights:
Several ideas were discussed: Banner that gave favors, one use only favors. In the end, it was decided to add the option for favors in a simple way. ACS, as representatives of the community fought hard to have an option for a Chosen champion,


Path of the favored and Hell forged armor – these two go hand in hand.

We are not releasing the Full Army Book with the new rules yet... we want to take the time first to get feedback on the Slim Army Book to find the last errors before updating the bigger brother!

In addition to updating the warriors of the dark gods armybook, we are also releasing a cleaned up version of all other slim books. No rules changes. Just layout.
Blue and green text has been reverted to black, and all strike-thought text removed.
We will also release the Italian version of the WDG book within the next 24 hours.

These, and the new warriors of the dark gods book can be found under the beta rules tab. Link below:
the-ninth-age.com/index.php?beta-page/

Or you can use the following file:


Feedback can be given here.
No comments available