Out of the Wilds

From the dark depths of feral forests, from the wide untamed plains, and from every wild place beyond the gaze of civilisation, nature’s savage heart strikes without warning. Feel the ground tremble beneath thunderous hooves, shiver at the howls of the hunt, and know that you are stalked by the Beast Herds.

The Herds comprise all manner of creatures, appearing like local fauna yet able to fight like men, with origins shrouded in the mists of time. Mighty creatures stride through the forests by their side, spreading terror in their wake. Marked in the womb by shamanic rituals and tribal magics, fueled by the desire to prove themselves worthy of the great stories of their peoples, the Herds view the sedentary nations as little more than a convenient larder and a testing ground for glory. 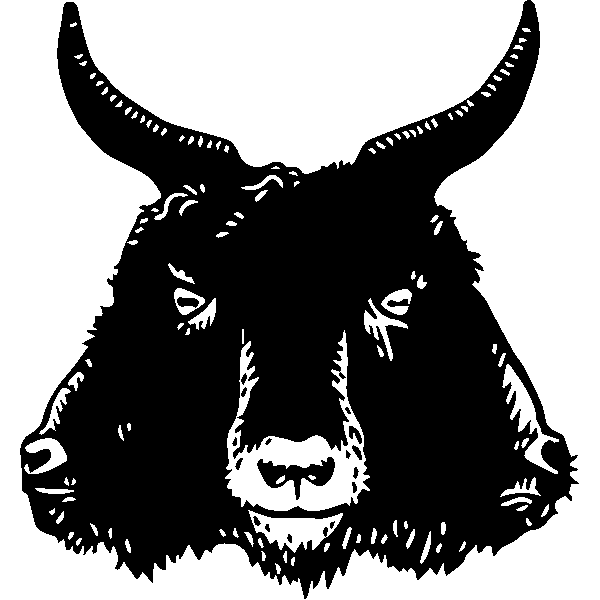 The Beastherds have many units which can harass an opponents deployment and play by using their ambush special rules. Beastherds also have access to bring a lot of chariots to the battle, giving them a fast and dangerous counter to enemy forces. A wide array of monsters and other fast units is often used to surround the opponent and then crush their forces with overwhelming might. Beastherds excel at mobility, using hard hitting units, and ambush tactics to beat their opponents. 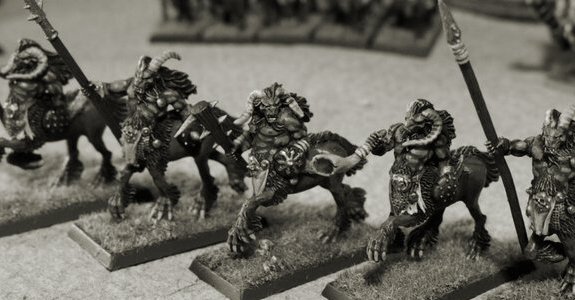 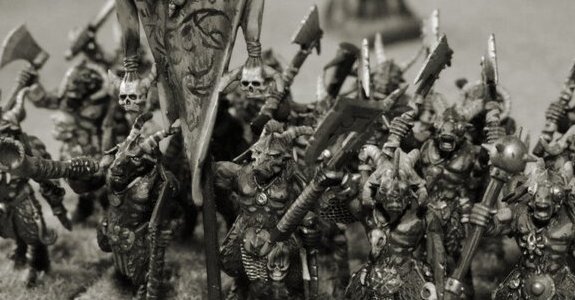 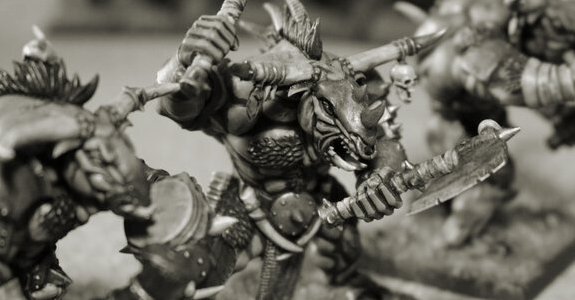